This is basically picspam, but with too many digressions.  Here goes…

I slept for about eleven hours again last night/this morning and woke up feeling incredibly exhausted and depressed after an anxiety dream about work, too exhausted really even to move, struggling to eat breakfast and get dressed.  My holiday is nearly over (I go back to work on Wednesday) and I don’t feel at all rested and relaxed.  I’ve hardly been out the flat for two weeks, which isn’t good.  I didn’t feel up to doing much exercise, which is bad, and I didn’t get any opportunity to socialise, except with family.  I ran into an acquaintance while shopping yesterday; just talking for a few minutes in the street seemed positive.  Unfortunately, virtually all my friends live outside of London.  I’m just struggling to get through all the chores I’m supposed to be doing.  I did at least send my shidduch (dating) profile to the shadchan (matchmaker) for people with health issues yesterday.  I hope that wasn’t a mistake.

I don’t really want to write another repetitive blog post about feeling depressed, so I thought I would experiment with embedding photos in a blog post for the first time.  I took some photos of my flat.  I can’t post photos of myself because of my anonymity, but I thought I could show you what I see while writing these posts or just while sitting and feeling depressed.

I live in a converted garage.  It’s my landlords’ garage, not my parents’, as some people assume, although my parents live about a fifteen minute walk away.  This is the less than enthralling view from my only clear window (the other windows are frosted so no one can see in. 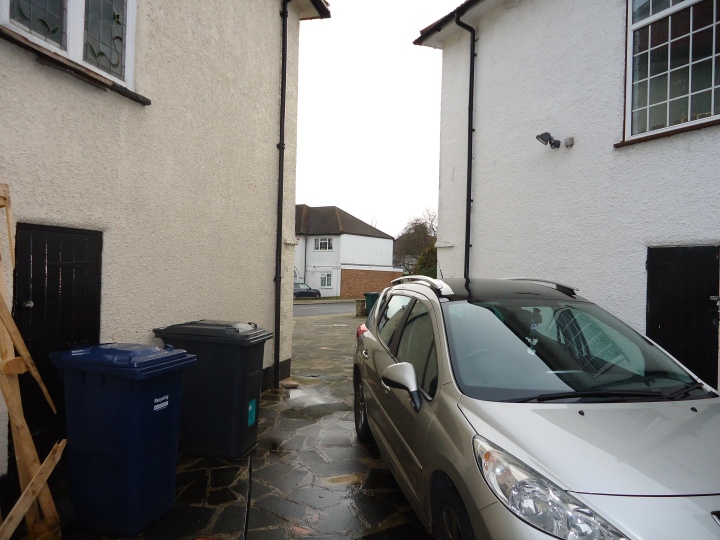 No wonder I struggle to get up and out in the mornings. 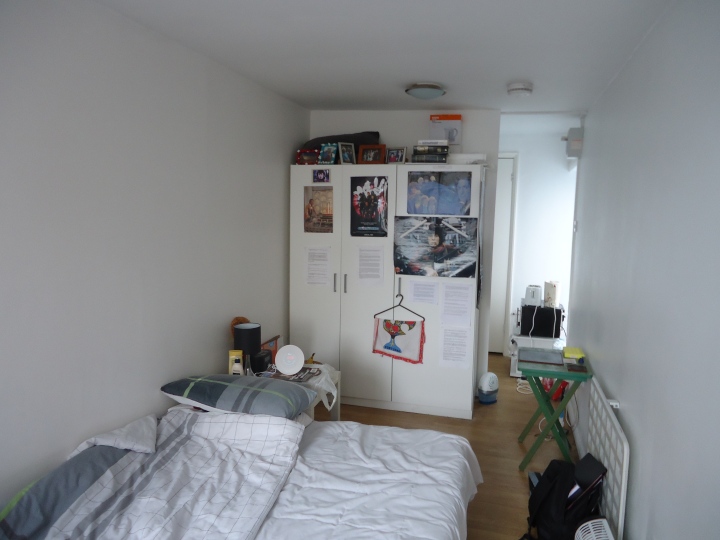 The inside of my flat.  I’m not allowed to put anything on the walls.  I originally left the wardrobe doors blank too, but it felt too much like living in prison cell or padded cell, just stark white blankness so I put up the posters (Doctor Who and Ghostbusters).  The other papers stuck to the doors are printed off quotes from other people saying positive things about me in emails or blog comments that I periodically print out and stick up to try to boost my self-esteem.  The photos in the photo frames on top of the wardrobe are family photos, except for one photo I took myself of the Kotel (Western Wall in Jerusalem, the holiest site in Judaism) at twilight that I really like.  The big books on top of the cupboard are Hebrew-English and Aramaic-English dictionaries.  Most of my books are at my parents’ house.  About 50 are here, in the cupboard, but I had to take the dictionaries out to make more room for other books. 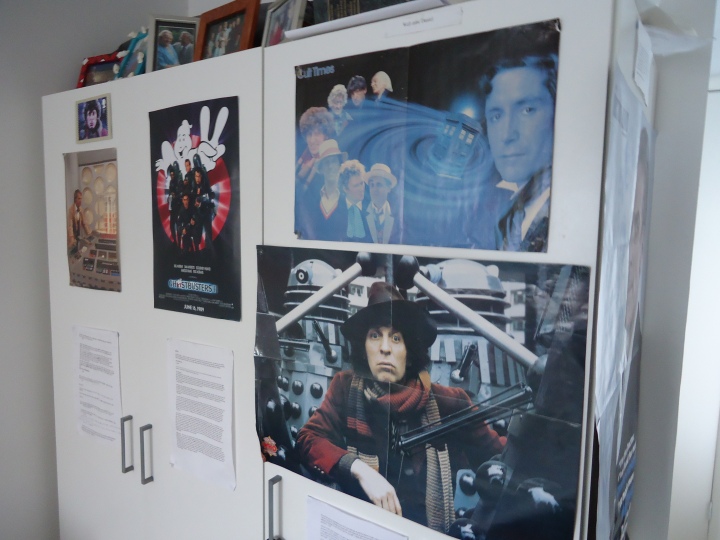 All the Doctors!  This poster is already out of date.  Ah well…

My teeny tiny kitchenette.  I also have a microwave/convection oven, toaster and kettle, not in shot, so I’m more or less OK for any cooking I might want to do, it’s just cramped and I have to think strategically when getting out a lot of ingredients to have enough surfaces. 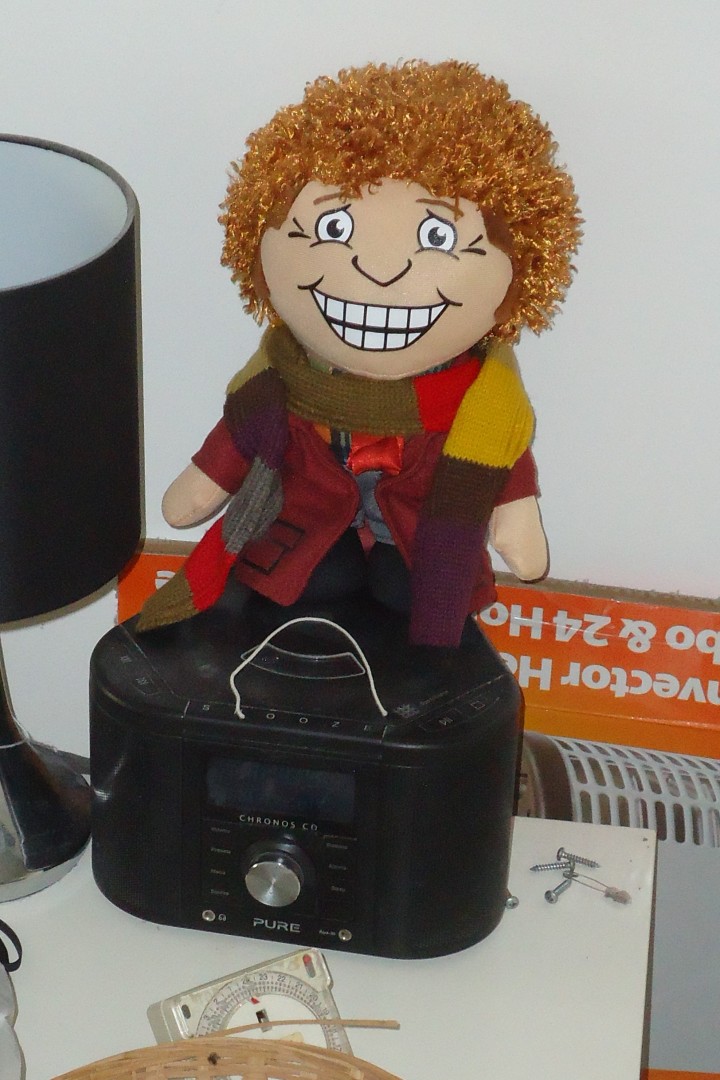 This one is for two people who know who they are.

I have at least managed to do a few things today:

I’m now feeling awake and reasonably good for the first time today and ready to do things.  The problem is, it’s 11.30pm and I should be going to bed to get in to a better sleep pattern for going back to work…