Ashley of the Mental Health at Home blog nominated me for some blog awards, “all or any of” the Liebster, Mystery Blogger and Awesome Blogger Awards.  There’s a big overlap between them, and I don’t really want to do the Mystery Blogger Award thing of listing facts about myself (I’m already open about my mental health and what I haven’t said, I don’t really want to say here because of my anonymity).  I also feel a bit awkward as to whether I qualify for awards for inspiring or happiness-spreading posts.  So I’m going to stick with the Liebster Award for now. 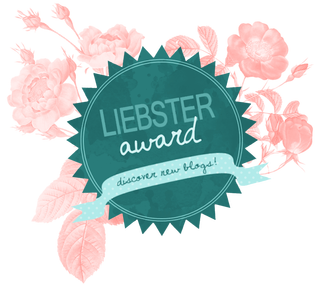 Apparently there are different versions of the rules, so I’m going with her version.

I haven’t got ten recently followed bloggers and I don’t really have ten people to nominate, but I’ll nominate a few fairly recent finds and one I’ve been following for a decade or so.  I’m not entirely sure who follows my blog, and lots of the blogs I follow are written by people with mental health issues and severe lack of energy so if anyone I nominate who doesn’t have the time/energy/desire to do this, please don’t feel under any pressure.  Also, I’m really rubbish at ‘small talk’ type questions of the kind that usually go in these things (Asperger’s again) so please just answer the questions I was asked.

Sorry that that leaves me two down, but I’m not sure who else I can nominate.

Now, my answers (I’ll try to keep them brief):